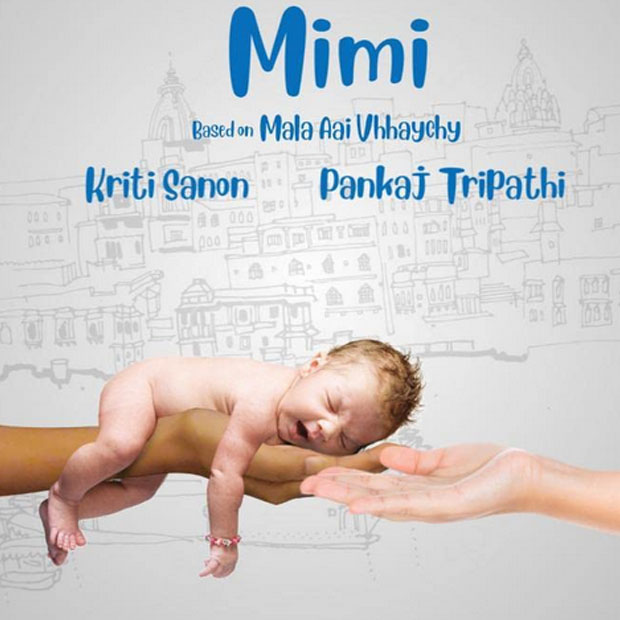 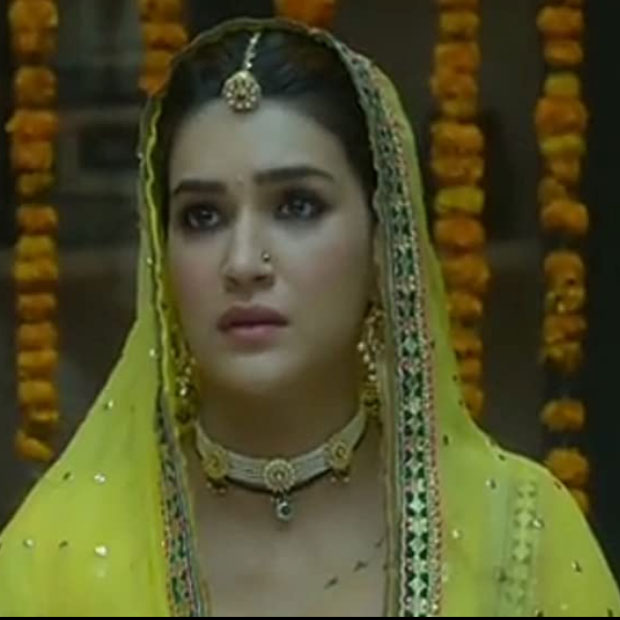 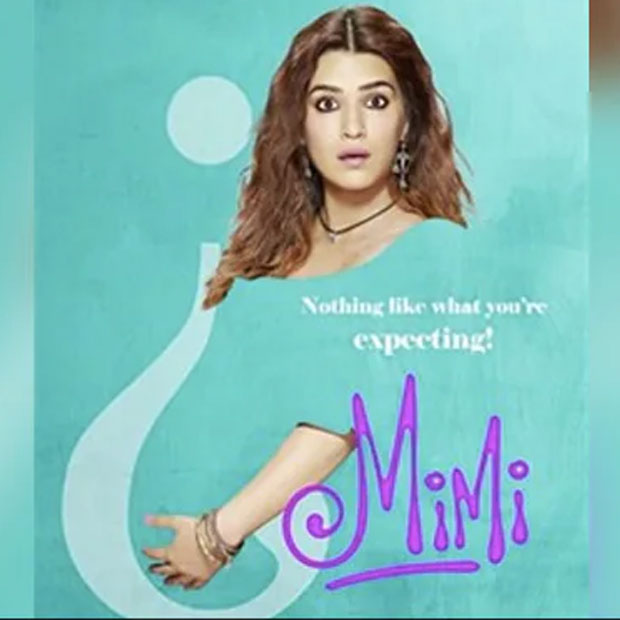 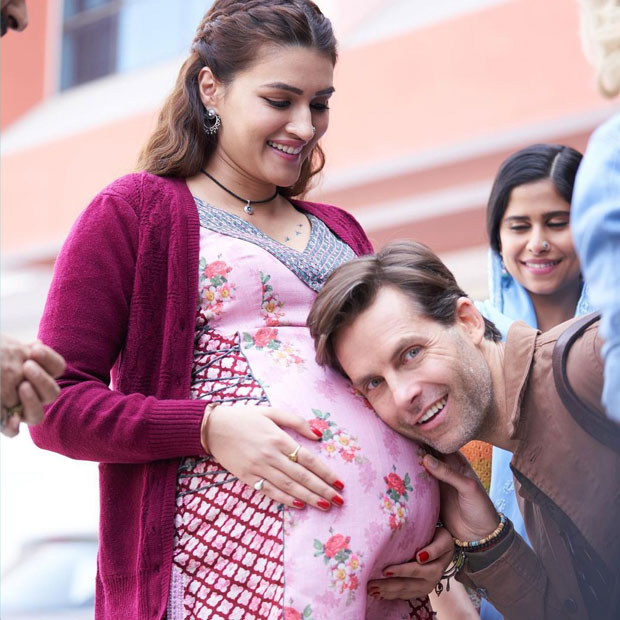 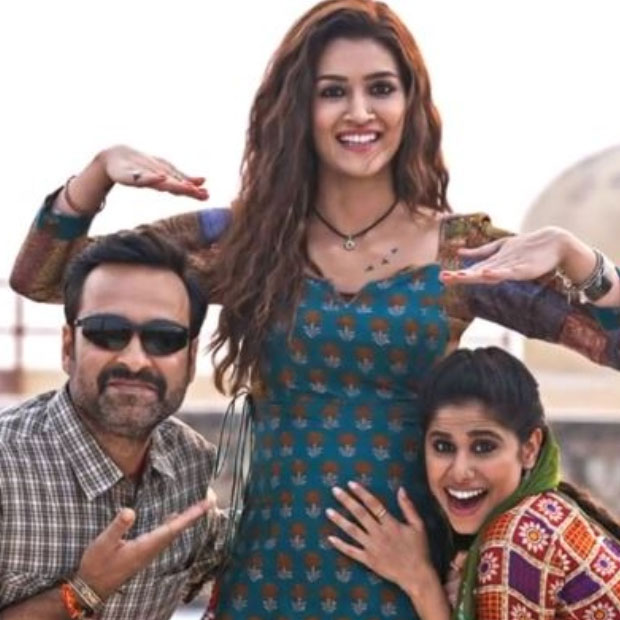 Mimi is a 2021 Indian Hindi-language comedy-drama film written and directed by Laxman Utekar and co-written by Rohan Shankar, which is a remake of the Marathi film Mala Aai Vhaychay! (2011) by Samruddhi Porey. Jointly produced by Dinesh Vijan under his banner Maddock Films and Jio Studios. The film stars Kriti Sanon in the titular role of Mimi, a young woman who opts to be a surrogate mother for a foreign couple.

The film was shot predominantly in Mandawa, Churu and Jaipur, barring a few days in Mumbai. The score and soundtrack were composed by A. R. Rahman, with lyrics by Amitabh Bhattacharya; cinematography and editing were respectively handled by Akash Agarwal, Manish Pradhan.

Following the non-existent theatrical releases due to COVID-19 pandemic, the film was later planned for a digital release through the streaming services Netflix and JioCinema, with the scheduled date of 30 July 2021. The film received mixed reviews from the film critics, who praised Sanon and Tripathi’s performance, with many stating the role as the career best performance of Sanon.

Making a national award-winning film was never part of Samruddhi Porey’s plan. She is a graduate in microbiology and a lawyer by profession, but always loved storytelling as a child. In 2010, she directed her first film, Mala Aai Vhaychay (I want to be a mother). This Marathi film is centred around the subject of surrogacy in India, and went on to win seven state and two national awards. The carefully woven narrative of the movie, starring Urmila Kanetkar, is about a foreign couple who sign a deal with a rural woman in Maharashtra to be their child’s surrogate mother.
The movie received worldwide critical acclaim and was even remade in Telugu (Welcome Obama) by renowned director Singeetam Srinivasa Rao in 2013. Now, Maddock Films Pvt Ltd is all set to release its Hindi remake, ‘Mimi’ starring Kriti Sanon, Pankaj Tripathi and Sai Tamhankar on Netflix.
It finds a special place in Samruddhi’s life, as the story has been inspired by a case she worked during her time as a lawyer.
A real-life couple who abandoned one such contract within six months of the surrogate mother’s pregnancy after finding out that the child may be born with a disability. However, the child was born without one. The biological mother wanted him now, but the surrogate mother refused. So the two women approached Samruddhi. Moved by the issue, she dug further into the subject and learnt about the grim realities of surrogate women in India.
What has followed since is a slew of awards and recognition, alongside a brand new world for Samruddhi.
“I am ecstatic to see my child (film) grow. I made and nurtured this film as my own baby with a great deal of hardship, love, commitment and care. The Hindi film may have its additional creative inputs but the message is the same. Surrogacy has been a suppressed topic in our country due to the highly unregulated business and unethical practices surrounding it. For example, brokers often end up taking the lion’s share of the deal, mothers run away with the newborn, and families are duped,” Samruddhi tells The Better India.
Making a film on a social issue that is often stigmatised is not easy, especially for someone who has never held a camera before. However, Samruddhi embarked upon this journey with no film connections, experience or production backing. Her only aim was to bring the issue to light.

Finding success despite no takers
Born and raised in Amravati, Samruddhi would watch movies, give them a creative spin of her own, and narrate this version to her friends and family. While the movie bug never truly disappeared, like most children, she grew up and chose a non-film career. At 20, she got married and moved to Mumbai, ironically the hub of Hindi movies.
She completed her graduation here and soon decided to pursue law from the Government Law College, “After working for a brief period in a laboratory, I realised that was not something I wanted to do for the rest of my life. I wanted a profession where I could help people and that’s how law came into the picture. By the time I finished studying, I was already a mother of two daughters. With my husband and family’s support, I started practising civil and criminal law. In the 15 years of my career, I have fought many cases and each one has left a mark on me. I helped underprivileged people and focused on contributing towards women empowerment,” she says.

To remember each case, as well as the people and emotions involved, Samruddhi maintained a personal diary. The stories served as an inspiration and a reminder of how justice plays a crucial role in a person’s life.

Her reconnection with films happened through one of her cases for a film company. As a legal advisor, she ended up giving suggestions in the script. Impressed by her inputs, the producer asked her to write the story in her own style. She spent the entire night weaving a narrative. The exercise gave her a tremendous sense of satisfaction, which served as a triggering point to switch careers.

So Samruddhi took up a diploma course in Film Making from Mumbai University and began writing a script on surrogacy. She directed, wrote, produced, acted and did a lot more to complete the film.

The toughest part, she says, was finding a white child for the role of Madhav, the son. “We took auditions of 200 children, but none fit the bill. I found my actor in a mall, finally. I convinced his parents over a cup of coffee to let their child act in a regional film with a first-time director. Incidentally, the boy, Aiden Barkely, was a surrogate child, so the father understood the plot and the message of my film. I used my life savings to shoot in 15 days in the interiors of the Melghat-Chikhaldara belt of the Amravati district in Vidarbha. It was a crazy experience but one done with complete sincerity and love.”
However, there were no takers for the film. No distributor was ready to bet on a new director and a precarious topic such as this. So Samruddhi put in her own funds again and gave it a theatrical release. Her worst nightmare came true when the movie received an underwhelming box office response. Still, she kept financing it and ran it in the theatre for 100 days.

Things took a dramatic turn when her film was accepted in film festivals, not just in India, but across the world, including the prestigious London International Film Awards. “The movie picked up again and the shows went housefull. Receiving two National Awards was the icing on the cake,” she adds.